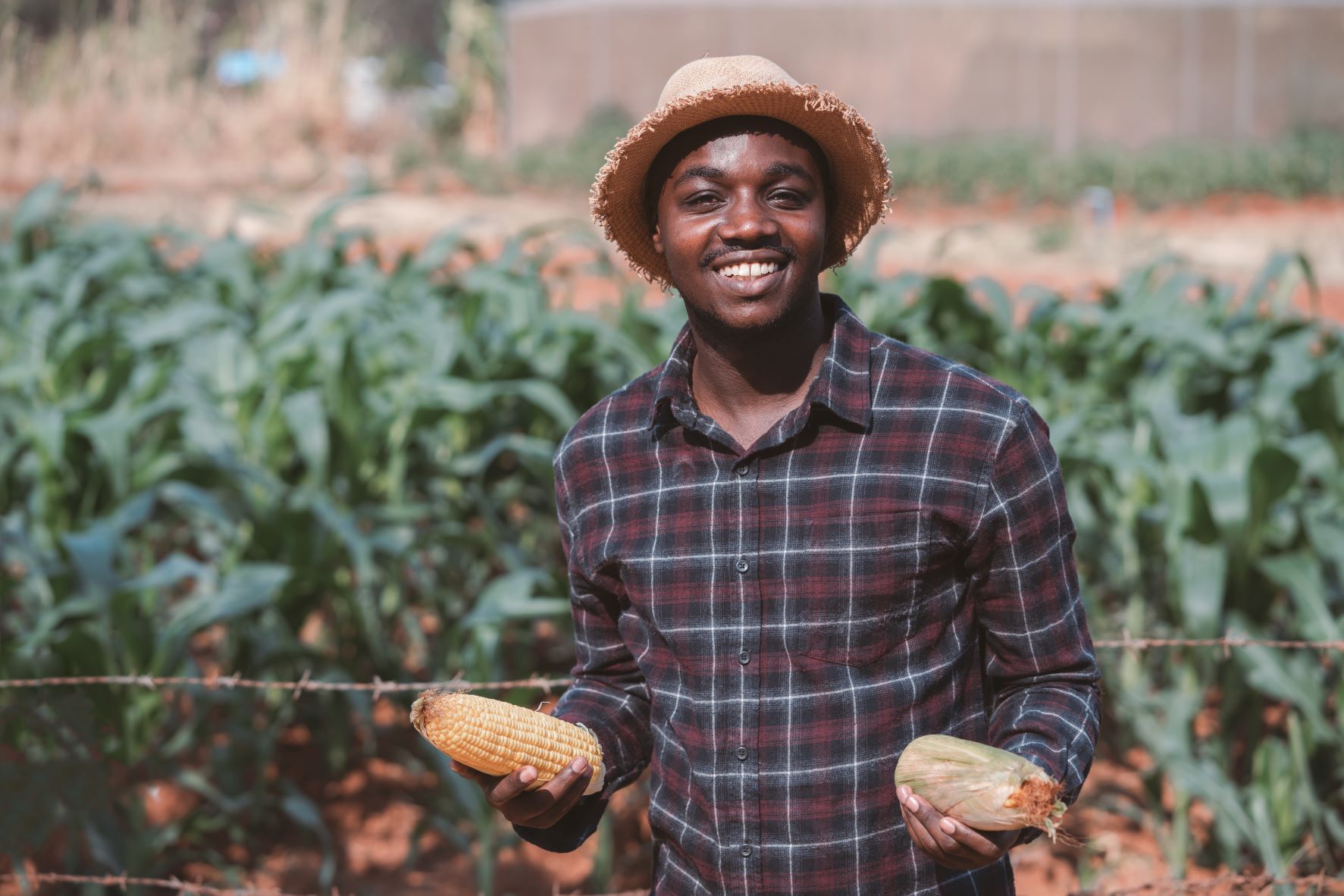 According to the International Fund for Agricultural Development (IFAD), there are an estimated 33 million smallholder farmers in Africa, contributing up to 70 percent of the food supply on the continent.

However, shrinking agricultural yields as a result of climate change combined with rising populations is creating food shortages in Africa. The World Bank has predicted that climate change could shrink crop yields globally by 30% come 2050. Smallholder farmers also face other numerous challenges, including the lack of access to affordable finance and local and global markets.

To overcome the challenges Africa’s smallholder farmers face, there are several initiatives that government and the private sector could implement. These include:

According to the Global Impact Investing Network (GIIN), in 2020, the size of the impact investing market grew by an astonishing 42.4% — from $502 billion to $715 billion in assets under management. The International Finance Corporation (IFC) put the estimate even higher at $2.1 trillion.

The embrace of impact investing by large asset managers such as BlackRock, combined with increased interest from institutional investors such as pension funds and insurers demonstrates that the impacting investing industry is going mainstream.

The AVPN Climate Action Platform reported that given the increasing momentum of ESG and Impact investment, agriculture stakeholders in Asia have been presented with a golden opportunity to revolutionise the current food system for a growing and hungry population. This is what Africa needs – Urgently.

Africa’s population is likely to double by 2050, and new jobs will be needed for more than 600 million working adults who will enter the labour market by then. Growth in the agricultural sector, including farming, equipment, commodity inputs, processing and retail is therefore key to increasing food production and creating employment.

As South African impact investor One Thousand and One Voices notes with respect to their agricultural investments, “Unskilled jobs often secure livelihoods and food security for the poor or allow people to enter the formal economy from where they can develop skills to enhance the work opportunities available to them as they progress.”

One Thousand and One Voices

Redsun, a processor and distributor of the quality raisins produced along the banks of the Orange River in South Africa, sought after for their superior sweetness and texture, was formed in 2009. One Thousand and One Voices invested in the company in 2015, adding growth capital enabling Redsun to expand its operations and increase its production.

It is now one of the leading raisin producers in Africa and exports 95% of its produce to Europe, North America, South America, and Asia. Redsun expects to more than double its workforce from 160 to 400 employees.

Barak Fund Management is a provider of private credit into predominantly African and Middle Eastern agricultural, mining, energy, and food-related commodity sectors. Since inception, their Lending for African Farming (LAFCo) has disbursed over USD50m across various value chains in Sub-Saharan Africa, with the goal of building sustainable agri-businesses that strengthen local economies, improve livelihoods, and enhance food security. LAFCo’s key objective is to benefit smallholder farmers by supporting access to reliable markets or supplying farmers with agricultural products specifically catered to their needs.

Urban Farmer, funded by LAFCo, supplies macro pre-mixes for poultry and livestock production to commercial farms, feed mills and small-scale farmers in Africa. By making the products and technologies of the world’s leading nutrition and health companies accessible to small-scale subsistence farmers, Urban Farmer provides opportunities for surplus production and participation in the value chain.

Urban Farmer directly supports small-scale farmers through their U-Mix solution, which was launched in November 2021 in Zambia and enables farmers to utilise their own maize to produce feed. Later this year, Urban Farmer intends to launch the small-scale farmer solution in Kenya and Uganda. Through existing commercial customers, mills and farms, Urban Farmer reaches more than one million small-scale farmers and addresses the challenge of food “adequacy” across Africa by facilitating the production of high-quality animal protein.

Time to Fill the Gap

According to ISF Advisors, there is an estimated $104 billion capital gap for smallholder farmers and agribusinesses in emerging markets. With greater investment in smallholder agriculture, many countries in Africa have the potential to increase food production and reduce poverty.

EBS Advisory has extensive experience in helping our clients define, quantify, and articulate their impact, as well as track the enhanced performance after implementing their improvement initiatives. Would you like to discuss your impact goals? Let’s have a chat.